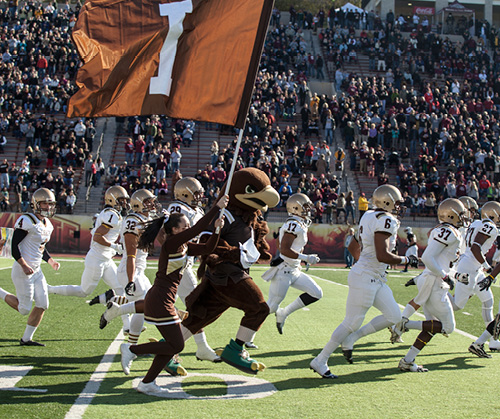 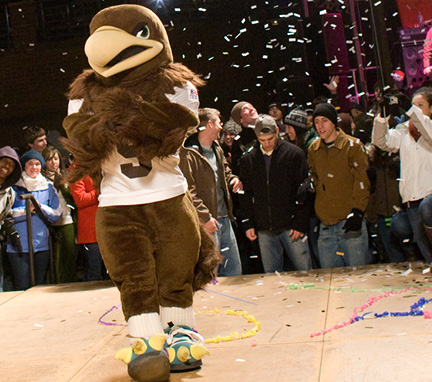 Lehigh's first official mascot, the “Mountain Hawk,” debuted in 1995. Prior to that, Lehigh athletic teams were known as the “Engineers.” While many believe the Engineers referred to Lehigh's strong engineering program, it in fact reflected the university's early ties to the railroad industry as Lehigh's founder, Asa Packer, built the Lehigh Valley Railroad Company in eastern Pennsylvania. To preserve Lehigh history, the university still refers to athletic teams prior to 1995 as the "Engineers" or even the "Brown and Whites." While there is no species of bird known as the "mountain hawk," it is not uncommon to spot hawks sailing over Lehigh's home on South Mountain. And our fine feathered fan, Clutch, can always be spotted cheering his fellow Mountain Hawks to victory.

Section:
About Lehigh
The Mountain Hawks