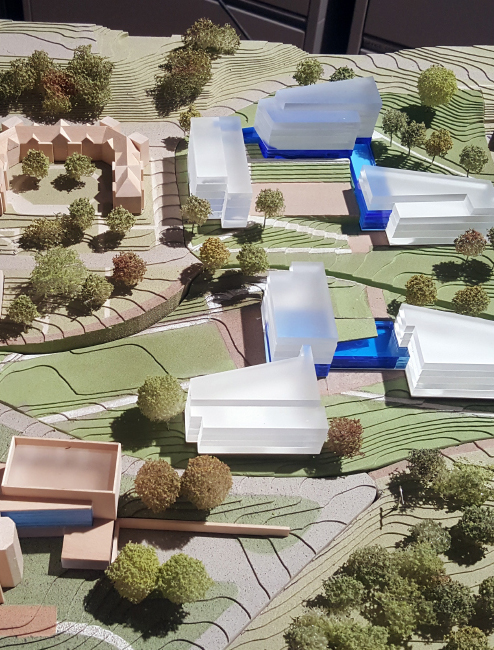 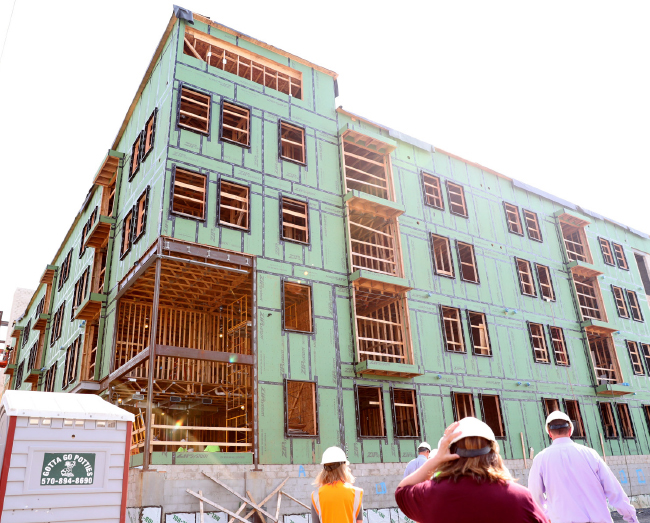 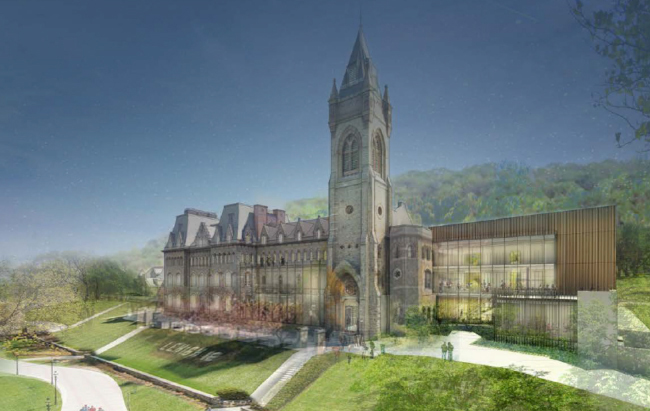 We’re readying Lehigh for a bold, bright future. The university continues to push forward on plans to add more students and scholars to the Lehigh family, and our campus must evolve in preparation for this influx of talent. The launch of a significant campus-wide infrastructure initiative kicked off projects that include the construction of new residential and academic facilities as well as renovations or expansions for some of Lehigh’s most iconic buildings.

From the top of South Mountain into the neighborhoods of South Bethlehem, key infrastructure development will provide the campus community with new venues for research, discovery and student life, as well as creative spaces that will spark innovation and bring together faculty, students, staff and the local community. Each project will help foster an environment that inspires collaboration, strengthens our traditions, and creates an even stronger, more dynamic Lehigh.

All are part of Lehigh’s dynamic, campus-wide infrastructure initiative as laid out in the Path to Prominence, an ambitious plan outlined by President John D. Simon to add more students and scholars over the next seven years, establish a new College of Health, upgrade research spaces and renovate some of Lehigh’s iconic buildings.

In town hall-style presentations and discussions around campus over the course of the year, Lehigh administrators outlined a plan that will focus on elevating academics and research across the colleges. The capital projects will also enable the university to achieve its broader goals.

University Architect Brent Stringfellow, who provided an overview of the infrastructure initiative, said it’s critical that the capital projects fit in with Lehigh’s overall strategy in a coherent and comprehensive way.

In addition to the SouthSide Commons residential project, a second proposed student housing project is Bridge West, which will be built on the site of current housing. The facility’s residential wings will connect to campus amenities and public spaces that can be used for presentations, fitness, and other activities. A goal will be to work with the topography to make it easier for students to connect with the overall campus, including accessing the University Center.

A long-term goal is to push cars off campus and make Lehigh more pedestrian-friendly. That will be accomplished by moving more parking off campus, eliminating vehicle zones and developing ways to navigate the hilly campus more easily, in part by using buildings that could offer “accessible and gracious ways” to climb to the higher levels of the campus.

“Everything we’re trying to do right now really is reflective of an ambition to move the campus forward,” Stringfellow said. “It’s a progressive initiative.”

The capital plan also calls for renovations to the historic University Center, which was built in 1868. A 1958 addition that no longer meets the needs of contemporary students will be removed and replaced by a more contemporary, functional wing that will open up to a new “Great Lawn” on the south side. The original 1868 building will be restored and the iconic north facade will be preserved. 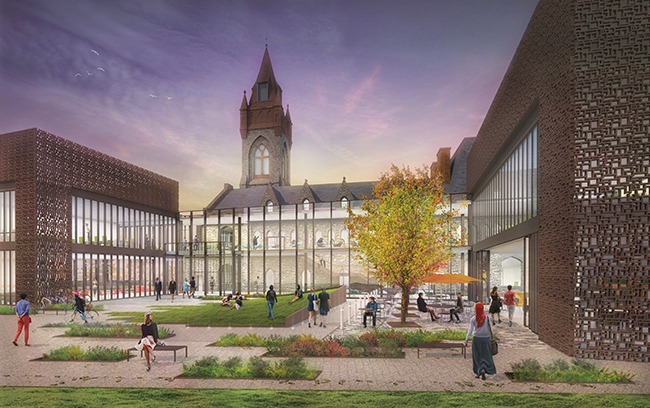 The artist rendering of the restored and reimagined University Center shows a more contemporary, functional wing that will be added. It will open up to a new, green gathering space on the south side of the building that will encourage interaction. The building’s iconic north side, with its imposing tower, will be preserved.

As part of the efforts to strengthen Lehigh’s academic core, the capital plan also calls for a new Health, Science and Technology building that will be home to Lehigh’s proposed College of Health as well as state-of-the-art research labs; renovations and expansion of the Rauch Business Center (home of the College of Business and Economics); and renovations to the Fairchild-Martindale Library, the historic Chandler-Ullmann building and Packard Lab (home of the P.C. Rossin College of Engineering and Applied Science).

The Mountaintop Campus will continue to be developed, with renovations to building bays that once housed Bethlehem Steel’s research facilities.

Lehigh leaders recognize that much of Lehigh’s core identity resides in many of its iconic buildings, such as the University Center and Chandler-Ullmann Hall, which was built in 1884 and was considered one of the most technologically advanced buildings of its time.

“As much as anything else, we have to make sure we’re taking care of those buildings and maximizing those so that they’re not just left as remnants of some previous time,” said Stringfellow. “How do you bring them up to date?”

As the university works to transform its campus, it is continuing with its commitment to boost the South Bethlehem community. As part of its investment in the community, Lehigh leased two floors of a building recently constructed in South Side Bethlehem to house administrative offices. The influx of staff will help support businesses on the South Side. In addition, Lehigh is working with local developers to transform the former Icehouse at Webster and Adams streets, formerly used by Lehigh as a storage building, into market-rate loft apartments, Brinker Lofts.

3. Completes the transformation of the Mountaintop Campus into an intellectual magnet 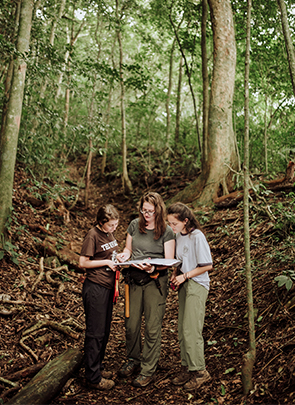 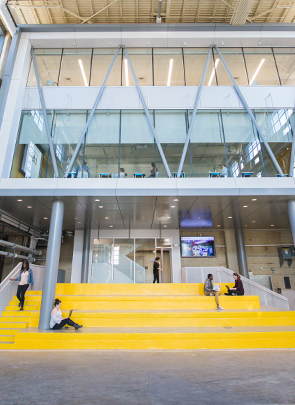 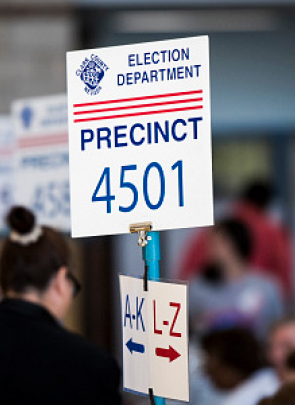