Bethlehem Steel dedicated the $25 million mountaintop Homer Research Laboratory on Oct. 9, 1961 and named them in honor of Arthur B. Homer, chairman and CEO of Bethlehem Steel and a Lehigh trustee. At the time, they were the second-largest steel producer in the world.

Approximately 1,000 scientists, engineers and technicians conducted research and patent work at the facilities, which are now home to Lehigh's Mountaintop project.

At the opening of the lab, Homer explained quite presciently that industrial development based only in a single branch of academics was ancient history. "The relationships between the various branches of engineering and science are getting more and more important to us," he said. "What a man learns from research in one field may have great and unexpected value to a researcher in another field which seems to be unrelated."

The facility tapped into the strength and durability of steel in ways that material scientists now explore ceramics and nanotechnologies. In time, Bethlehem Steel's products would gain strength, and begin the investigation of new families of metals, creating coatings to resist corrosion and diffused new metals into the surface of steel. The facility housed a rare electron microscope, used in metallurgical investigation. To haul heavy machinery and steel, the facility boasted a 500-ton hydraulic press and mechanical testing structures that could manage loads up to 1 million pounds.

In 1962, a $4 million chemistry building was added to the complex, specifically to study steel's resistance to corrosion. In 1963, Homer was awarded the Medal for the Advancement of Research from the American Society for Metals.

Lehigh first considered purchasing the properties in 1986, with the dual aims of connecting the Asa Packer and Goodman campuses and acquiring new research space.

That dream became a reality on Dec. 22, 1987, when Bethlehem Steel sold five of the eight buildings at Mountaintop, along with 742 acres of land, to Lehigh for $18.75 million. In total, the buildings provided 370,000 new acres of floor space. That same year, Lehigh moved the College of Education to Mountaintop and began construction on the first NSF Engineering Research Center at the ATLSS Labs.

In May of 2013, Lehigh acquired two more buildings at Mountaintop—Buildings B and C, covering approximately 120,000 square feet of total space—and launched a series of student pilot projects in them. Six months later, Lehigh President Alice P. Gast announced that alumnus Scott Belair '69 had donated $20 million to officially kick off Phase 1 of the Mountaintop project—a project that has the potential to change the way students learn at Lehigh for years and decades to come. 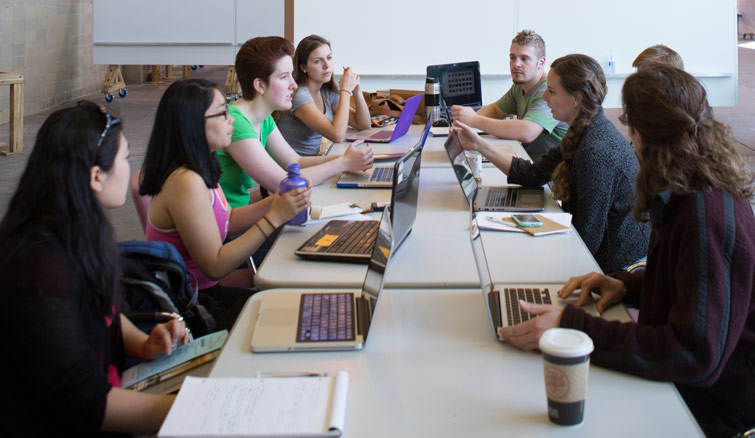 A total of 20 interdisciplinary teams are tackling a wide range of environmental, social and programming projects.

From Experience to Impact: A Step Forward for Mountaintop

Lehigh aims to build on success of Mountaintop by expanding the program beyond the walls of the Mountaintop campus itself.

How can educational systems help those struggling to start life anew?

END_OF_DOCUMENT_TOKEN_TO_BE_REPLACED

Association of American Colleges and Universities
"A Moonshot Approach to Change in Higher Education: Creativity, Innovation, and the Redesign of Academia"
(Spring 2016)