Lehigh University’s history is inherently linked to America’s rise as an industrial power. Our founder, the industrial pioneer, entrepreneur and philanthropist Asa Packer, laid the foundation for a university that has since educated generations of students and served as a force of positive societal change.

Lehigh University was born in post-Civil War America, a period when the United States was both rebuilding from the turmoil of the war and flexing its muscles as a new economic power. The growth of the period was driven in part by the dramatic increase in the utilization of iron and coal in industry, brought about by improved transportation on the nation’s waterways and railroads.

Asa Packer, founder of the Lehigh Valley Railroad, was one of the men who both pushed along and benefited from the dynamics of the day, and by 1865, he had acquired both the vision and the financial clout to give back to the region that had helped him build a fortune. He donated $500,000 to create a new university to serve the “intellectual and moral improvement” of the young men of the Lehigh Valley. The new institution was called, simply, Lehigh University.

In the century and a half that has passed since, Lehigh has evolved into one of the most highly regarded institutions of higher learning in the nation. Lehigh graduates have led both the Ford and Chrysler corporations, orchestrated the construction of the giant locks of the Panama Canal, and stood as leaders and innovators in the worlds of business, engineering, politics, the arts, education, space exploration and countless other fields.

Today, Lehigh continues to educate thousands of young women and men who are drawn to South Mountain by the opportunity to learn at an internationally recognized research university, and to live and grow in a vibrant and engaging campus community. 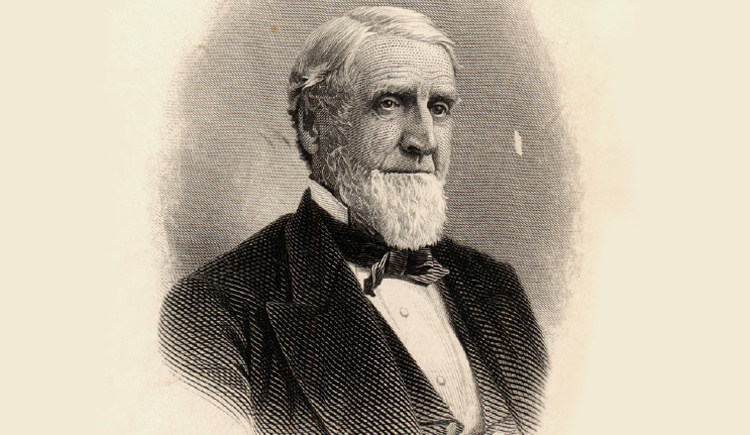 Lehigh founder Asa Packer was a true visionary, an individual whose ambition and intelligence served him well in the world of business and politics—and eventually allowed him to build one of the nation’s finest institutions of higher learning.

Packer came from humble beginnings. Born in Connecticut in 1805 to a poor family, he worked first as a carpenter and farmer before getting into Pennsylvania’s booming canal business in the 1830s. After starting out as a canal boat pilot, the entrepreneurial Packer soon bought his own boat—and later, an entire fleet.

His business acumen continued to serve him well in the 1850s, when he made the bold decision to finance the construction of the Lehigh Valley Railroad, which was perfectly positioned to support the region’s massive coal industry. His investment proved a wise one; as the canals died off, the railroads thrived, and Packer amassed a fortune.

At the same time, his influence in the public sphere grew as well. Packer was elected twice to the Pennsylvania General Assembly, was an associate judge in Carbon County, and later served two terms in the U.S. House of Representatives.

His greatest legacy, however, is the university he created. In 1865, Packer donated 57 acres of land on Bethlehem’s South Mountain along with $500,000 of his own funds—then the largest gift ever made to an educational institution—to establish Lehigh University.

Just over a decade later, on May 17, 1879, Packer passed away. In October of that same year, the university celebrated its very first Founder's Day to honor its founder's legacy. That tradition continues to this day. 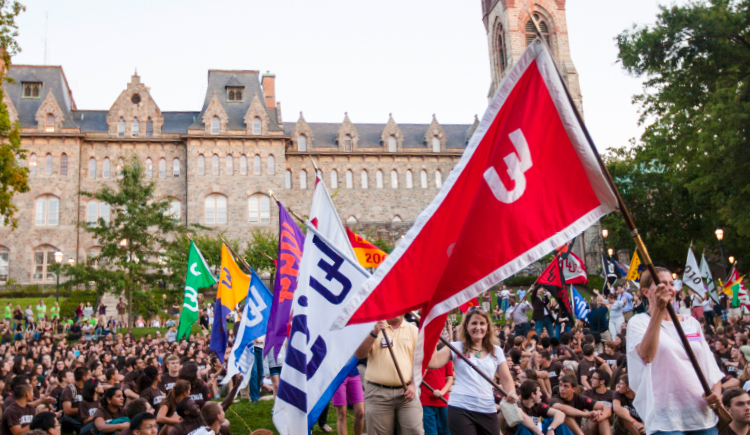 A Tradition of Excellence

More than 150 years after its founding, Lehigh continues to honor its legacies and traditions while constantly seeking new and innovative ways to educate the leaders of tomorrow.

A university that began as the home of just 39 eager young scholars is now a thriving, internationally recognized university of more than 5,500 undergraduate and 1,700 graduate students. Under the previous leadership of President John Simon, Lehigh embarked on a “Path to Prominence; a bold plan to expand its impact on its students, its community and its world through the growth and diversification of student enrollment, the establishment of a college of health, and the development and renovation of academic and research facilities.

With President Joe Helble at the helm since 2021, Lehigh has launched a strategic planning effort that will develop into a ten-year strategic plan defining the future of the university while staying true to Lehigh’s ongoing work achieving excellence in teaching, learning and service to society.

Past Presidents of Lehigh University

A look back at more than 150 years of leadership at Lehigh University. 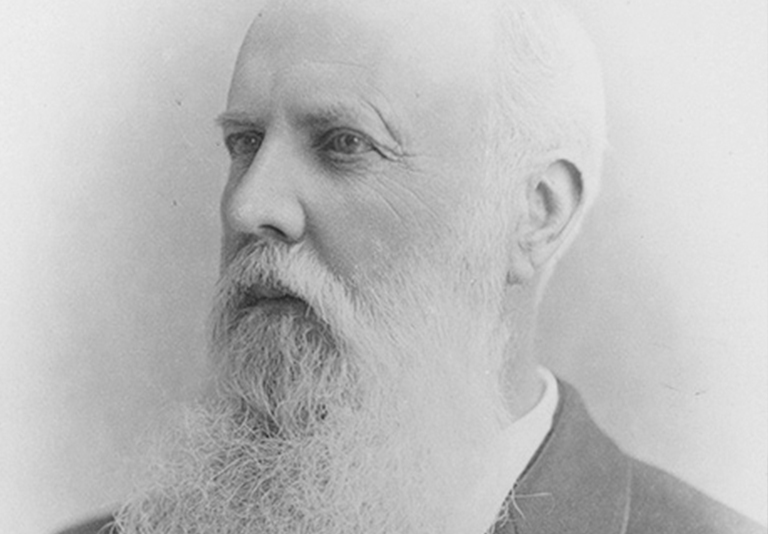 Henry Coppee worked as a railroad engineer in Georgia, served as a captain in the Army during the Mexican War, and taught at West Point and the University of Pennsylvania before becoming Lehigh's first president in 1866. During Coppee's tenure, a Moravian church on Packer Avenue was remodeled into Christmas Hall; a house for the president was erected; and Packer Hall, the university center, was built. 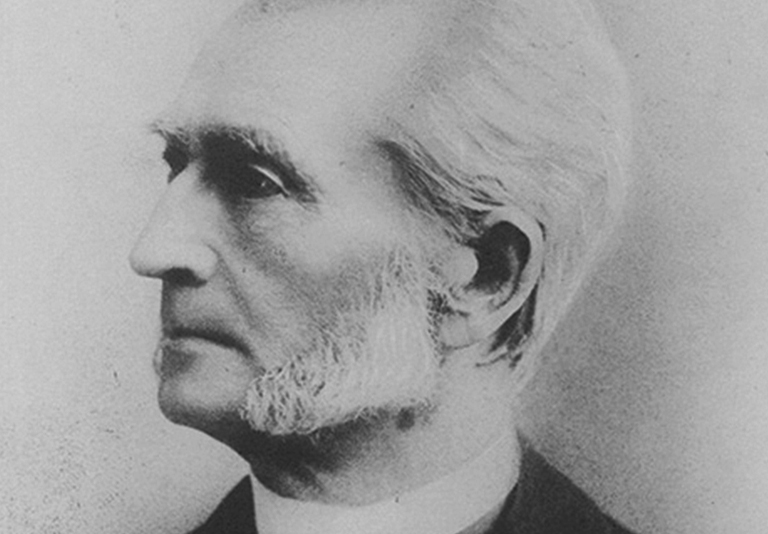 John Leavitt was an Episcopal clergyman who graduated from Jefferson College and taught at Kenyon College and Ohio University. During his incumbency, Lehigh was divided into two schools, General Literature and Technology; the master of arts, doctor of philosophy and doctor of science degrees were established; and the Linderman Library rotunda was completed. 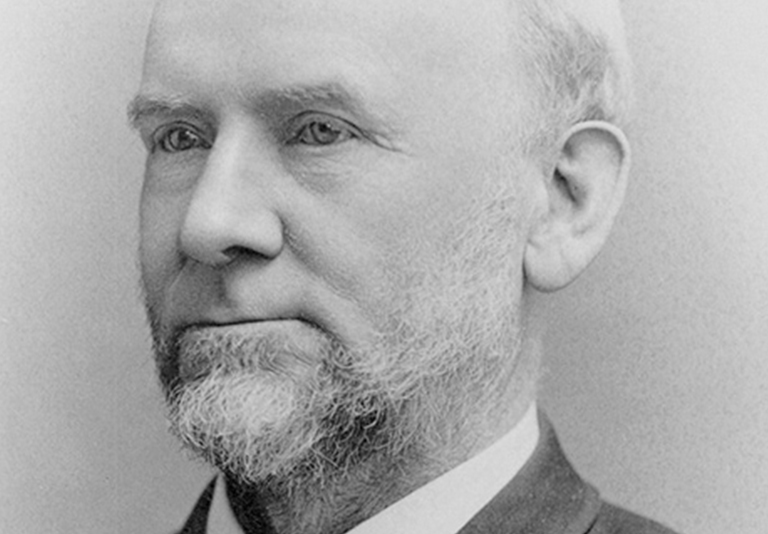 Robert Lamberton graduated from Dickinson College and served as a Lehigh trustee before becoming president. During his administration, students and the community witnessed the first Mustard and Cheese dramatic presentation; a gymnasium, which became Coppee Hall, was erected; and Chandler Chemistry Laboratory, now known as Chandler-Ullmann Hall, was built. 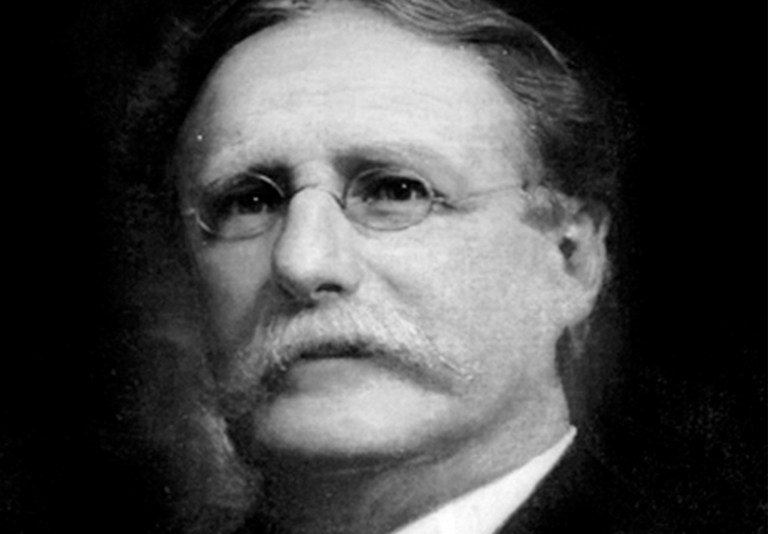 Thomas Drown studied medicine at the University of Pennsylvania and later became professor of chemistry at Lafayette College. Despite the Panic of 1893, which decimated Lehigh's stock holdings in the Lehigh Valley Railroad, Lehigh managed to grow in enrollment and academics. A degree in arts and engineering was established, as was the department of zoology and biology. 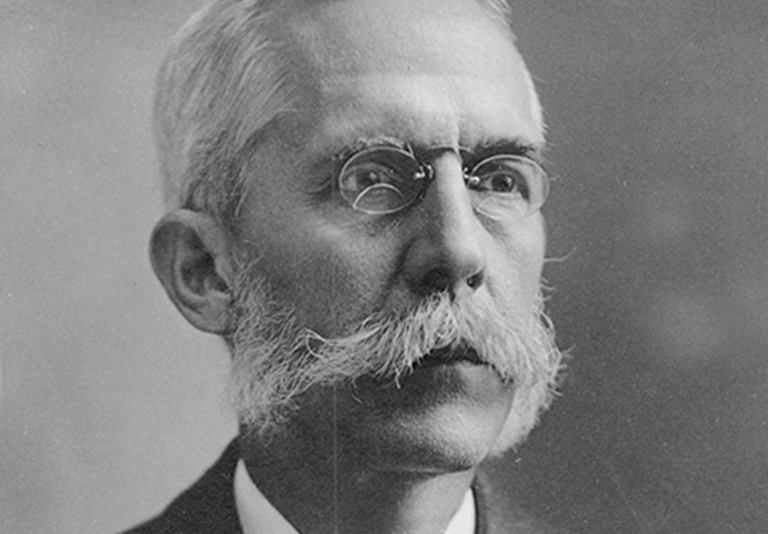 Henry Drinker was a lawyer and a mechanical engineer by trade, and also an 1871 Lehigh graduate and the first alumnus to become president. This connection drove Drinker to establish the alumni endowment fund, the Alumni Bulletin and the Alumni Association. 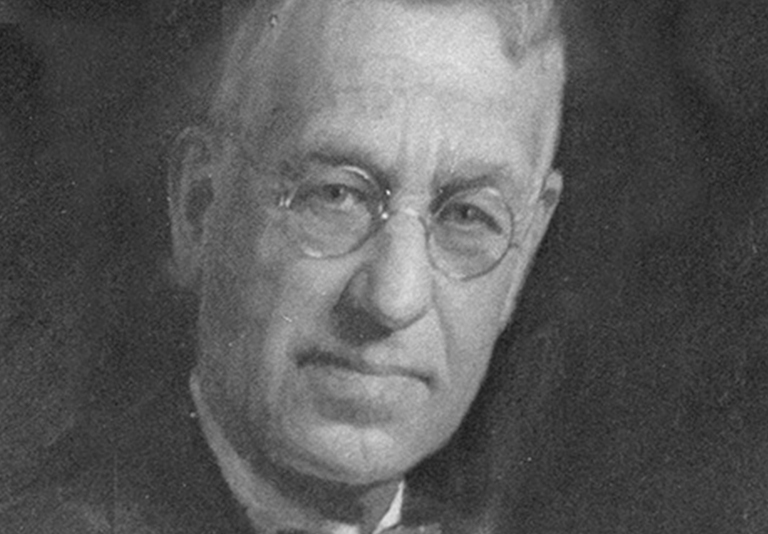 Charles Richards was dean of the College of Engineering and director of the Experimental Engineering Department at the University of Illinois before becoming president. Lehigh faced a shortage of students during the Depression, but the newly established office of admissions, as well as university scholarships, fellowships and deferred tuition payments, helped ease the decline. 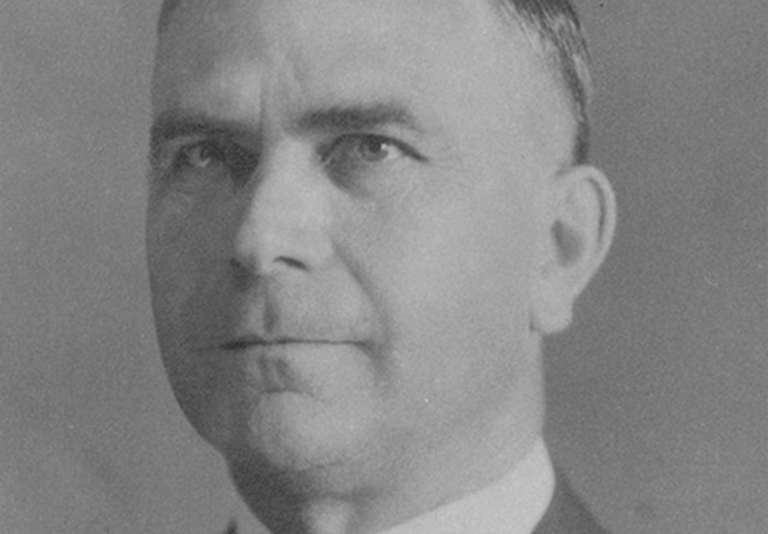 Clement Williams, a civil engineer, was president when undergraduate enrollment first passed 2,000 students and a graduate school implementing programs in the three colleges was created. Richards and Drinker residential houses; the Ullmann wing of the Chandler Chemistry Laboratory; and Grace Hall, the first arena-type facility on campus, were built. 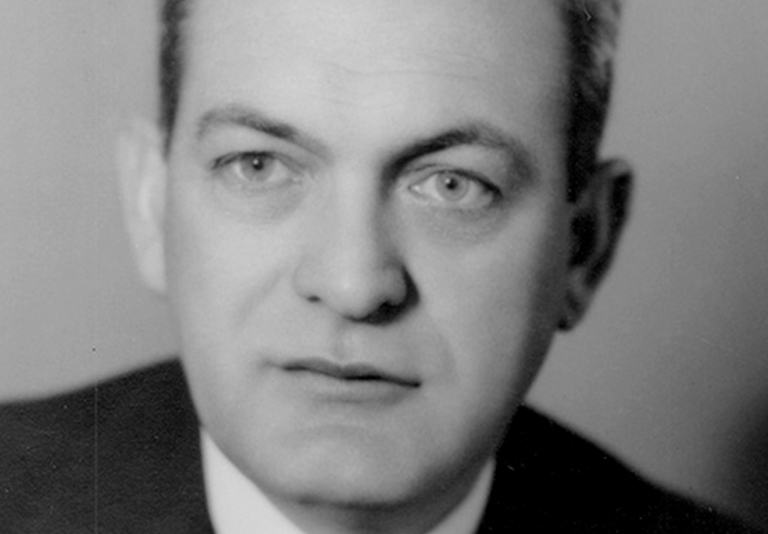 Martin Whitaker was once director of the Atomic Energy Commission Laboratory. During Whitaker's tenure, Lehigh's assets nearly tripled and the endowment more than doubled to $18 million. Many buildings were renovated, and the Dravo House and McClintic-Marshall House residence halls were built. Packer Hall was renovated and enlarged, and became the University Center in 1958. 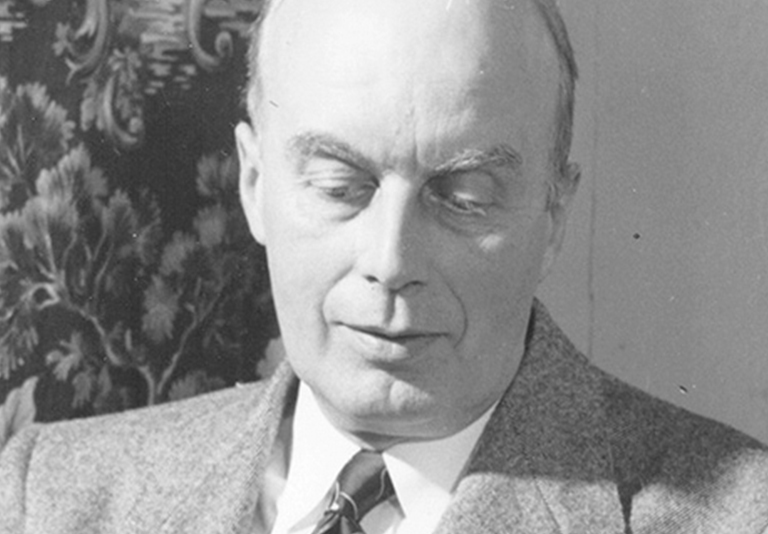 Harvey Neville joined Lehigh in 1927 as an assistant professor of chemistry and was the only faculty member ever elected president. During his three-year presidency, the first phase of the Saucon Valley athletic complex was completed; Sayre Field was opened atop South Mountain; and the Center for Information and Computing Science was established. 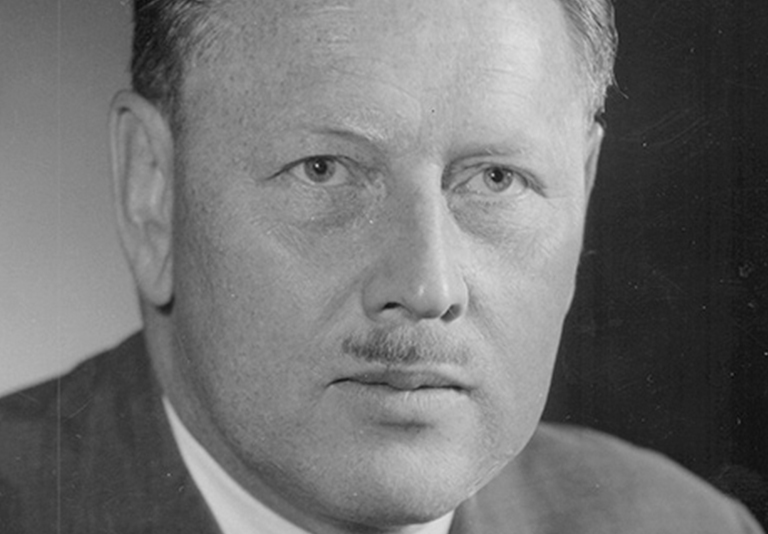 W. Deming Lewis became president after a distinguished career as a space engineer and research administrator. Lewis came from a family that traces its American roots to William Lewis, an Englishman who settled in Massachusetts in 1640. His great-grandfather and grandfather were presidents of the Lewis Manufacturing Co., a textile firm in Walpole, Mass. His father owned Riverside Mills in Augusta, Ga. 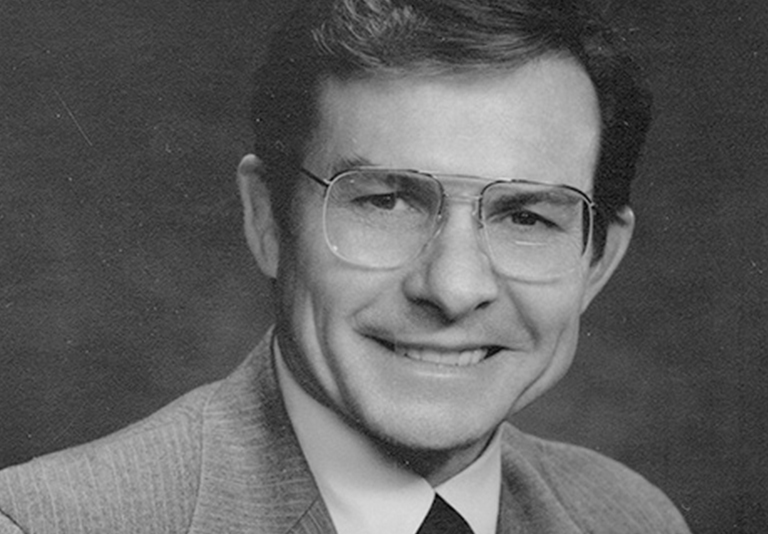 Peter Likins, who served as provost at Columbia University before becoming president, sought to complete the "transformation" of Lehigh that began under Deming Lewis. The university dedicated the Zoellner Arts Center; the Rauch Business Center became home to the College of Business; and Lehigh doubled its size with the purchase of the 800-acre Mountaintop Campus. 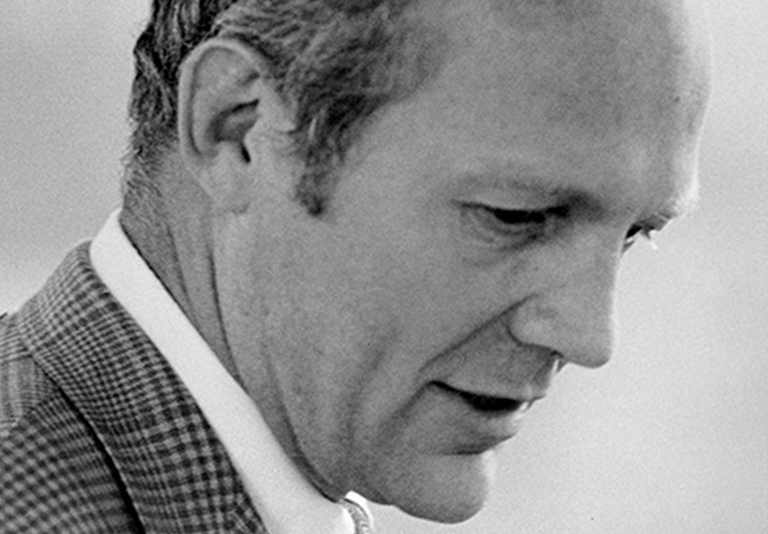 William Hittinger graduated from Lehigh in 1944 with a degree in metallurgical engineering and was a former chairman of the university's board of trustees. As interim president after the departure of Peter Likins, Hittinger realigned the Iacocca Institute into the College of Business. 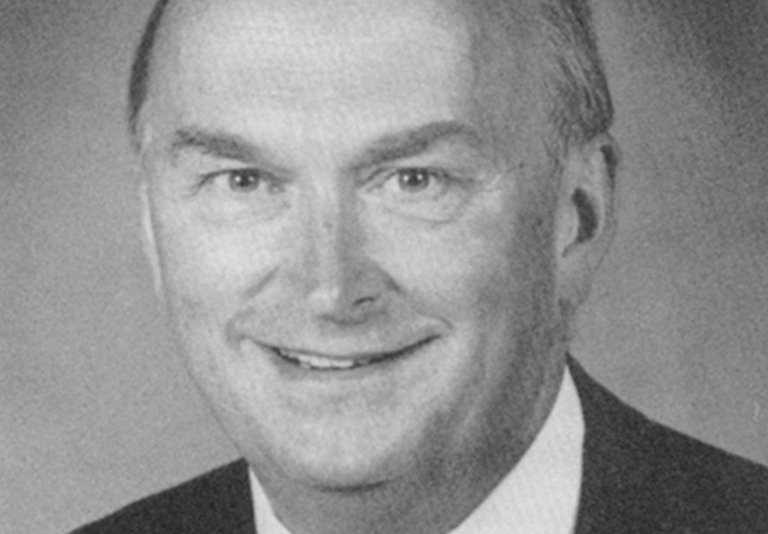 Gregory Farrington had been dean of the School of Engineering and Applied Science at the University of Pennsylvania. At Lehigh, Farrington championed breaking down disciplinary walls and developing creative uses of information technology to improve student learning. 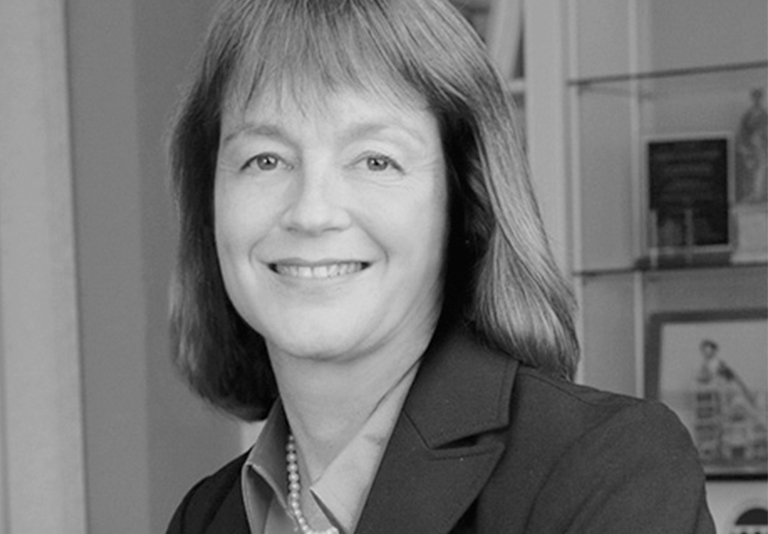 Alice Gast was the first woman president of Lehigh. Prior to her appointment, Gast served as vice president for research and associate provost at the Massachusetts Institute of Technology. Under Gast’s leadership, Lehigh opened the STEPS building, started the Mountaintop Project and more. 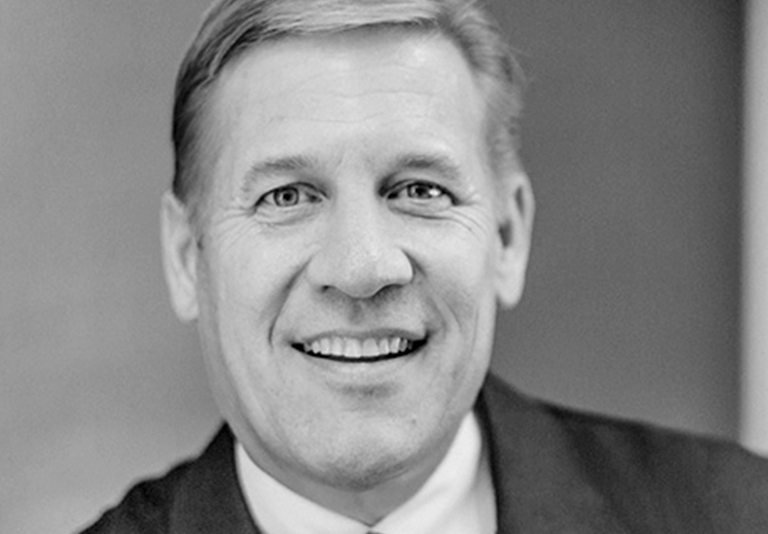 Before serving as interim president, Kevin Clayton earned a degree in government from Lehigh in 1984 and served on Lehigh’s Board of Trustees. Clayton’s loyalty to Lehigh as both an alumnus as a parent brought a unique energy and perspective to the President’s Office. After his year in office, Clayton returned to his role as Vice Chair of the Board of Trustees and, later, would assume the role of Chairman in the fall of 2017.

Simon came to Lehigh from the University of Virginia, where he served as executive vice president and provost. He took office at Lehigh on July 1, 2015 and was installed as Lehigh’s 14th president on October 2, 2015. Shortly thereafter, he began formulating the various elements of his “Path to Prominence” plan, which was formally approved by the Board of Trustees in 2016. During his time in office, Simon worked to expand Lehigh’s global footprint, make a Lehigh education more accessible to students of all backgrounds and grow the university’s research program.

Helble, a devoted Lehigh alumnus and former provost of Dartmouth College, began his Lehigh presidency on August 16, 2021, and was formally inaugurated on October 15, 2021. He is an accomplished scholar, researcher and administrator. In the second year of his presidency, Helble announced the launch of a comprehensive strategic planning process, the first to occur since 2009, to shape the course of Lehigh over the next decade.

The People & Achievements of Lehigh

In 1865, Asa Packer founded a university that would contribute to the "intellectual and moral improvement" of the Lehigh Valley. More than one hundred and fifty years later, Lehigh University has its eye on the future, redefining what it means to lead every step of the way.