As Lehigh expanded its curriculum and focus beyond the realm of engineering, it would evolve into a true center of culture, creativity and competitive spirit. During these early years, Lehigh created its first theater troupe, built a gymnasium and saw the publication of a student newspaper for the first time. Meanwhile, the university’s graduates were starting to make an impact in the world far beyond South Mountain. 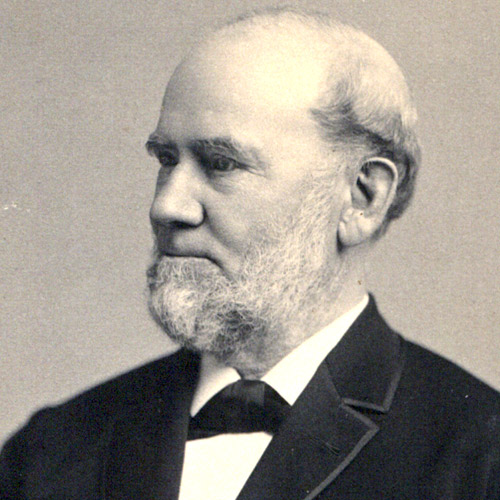 Robert A. Lamberton was executor of Lehigh founder Asa Packer’s estate, general counsel to the Lehigh Valley Railroad and a Lehigh trustee when he was asked to become president. During his tenure the number of students grew dramatically, from 87 to about 600, the faculty more than doubled to 35 and Lehigh established the mechanical engineering department. 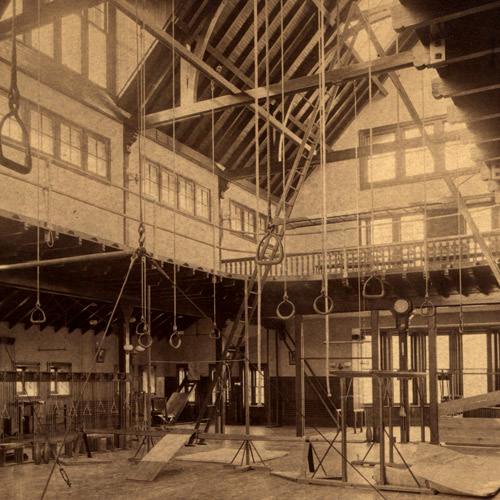 The gymnasium, now Coppee Hall, is erected. "The gain in health and strength is great, while there has been no falling off in the matter of scholarship,” according to Edmund M. Hyde’s The Lehigh University, a Historical Sketch. 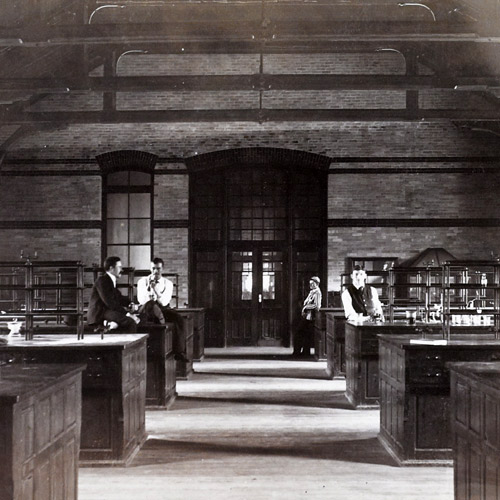 "The Finest Chemistry Lab in the Country"

Built from Pennsylvania sandstone, Chandler Hall won a design prize at the Paris Exposition of 1889. Considered the first modern chemical laboratory, the building boasted large labs and chimneys that aided in the circulation of fresh air and the removal of fumes from experiments. In 1994, the lab section was designated a National Historical Chemical Landmark. 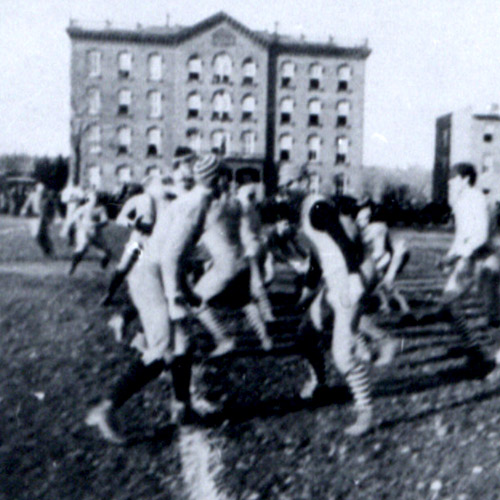 The proximity of the two campuses created an opportunity to play multiple times in a season, including during the first season Lehigh had a varsity football team, which is how it becomes “the most-played rivalry” in college football history. 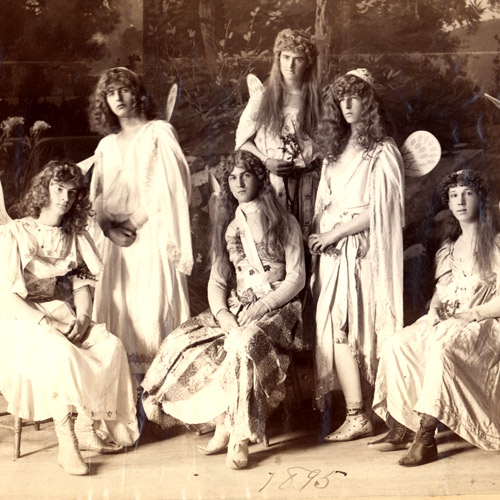 The second-oldest drama society in the United States started as a series of weekly meetings in the back room of Rennig’s Bar in Bethlehem, and gave their first performance on April 10th in the Sun Inn. The students named their club after their refreshments of choice: beer served with mustard and cheese. Some members have gone on to find fame as professional actors. Among them: Donald Most, who played “Ralph” on Happy Days, and Paul Guilfoyle, best known for his role as “Captain Jim Brass” on television’s CSI: Crime Scene Investigation.

Tau Beta Pi, the oldest engineering honor society in the United States, is founded at Lehigh. 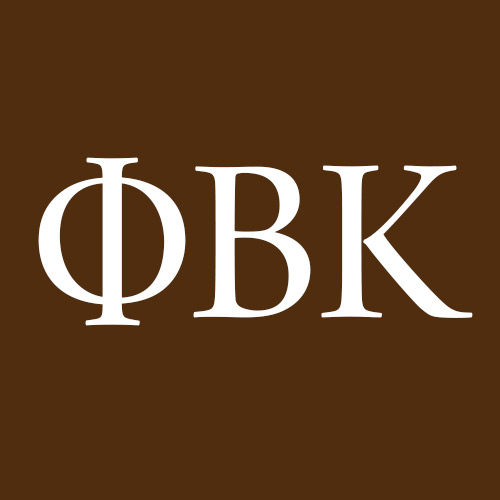 The oldest honor society in the United States is represented at Lehigh by the Beta chapter of the Commonwealth of Pennsylvania, and is the 27th oldest chapter in the nation. 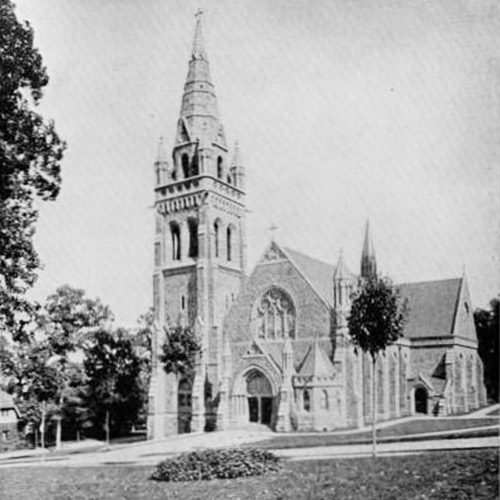 It was a gift from Mary Packer Cummings in memory of her parents, Lehigh founder Asa Packer and his wife, Sarah. Lehigh students initially opposed the church’s construction because they saw more of a need for dorms on campus. The students, however, were eventually won over by President Lamberton, who turned a student protest into a groundbreaking ceremony for the church.

A four-year curriculum in engineering and physics is started. 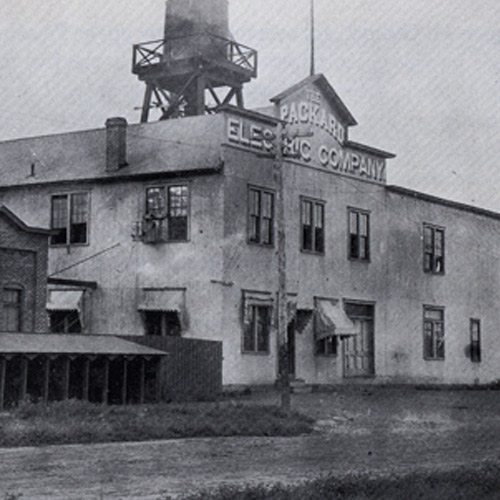 James Packard '84 opens the Packard Electric Company with his brother in their hometown of Warren, Ohio. Thanks to the company's success at manufacturing electric lightbulbs, transformers and cables, Warren became the first city in the U.S. with incandescent bulb street lamps in 1911. Packard is best known for his formation of the Packard Motor Car Company in 1899, which later gained a reputation as the producer of the finest luxury vehicles in America. In 1929 Packard’s $1.2 million gift to Lehigh led to the construction of Packard Lab, home of the P.C. Rossin College of Engineering and Applied Science. 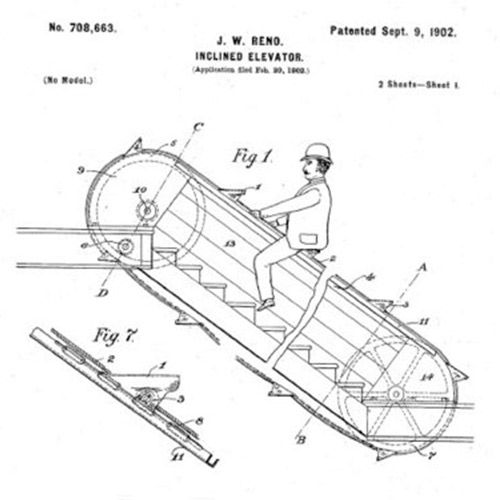 First Steps Towards the Escalator

Jesse Reno '83 receives the first patent for his plans to build the “inclined elevator,” the predecessor to today’s escalators. 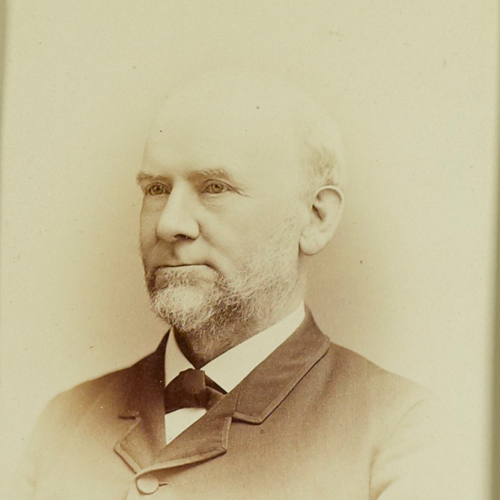 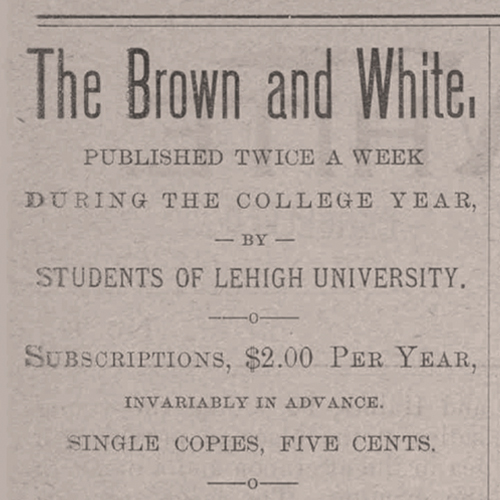 "In response to a general feeling that has existed for some time that Lehigh could support and really should have a publication appearing at least twice a week, if not daily, The Brown and White, in its initial number, now greets you,” read the greeting on the first page. Today the student-run newspaper still provides “All the Lehigh News First,” appearing in print twice a week and on an active and independent website. 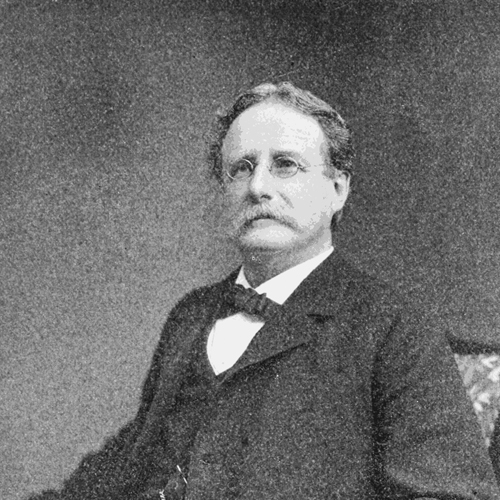 Thomas Messinger Drown’s early years at Lehigh were characterized by financial difficulty, as the Panic of 1893 had devastated the University’s stock holdings in the Lehigh Valley Railroad. He was, however, able to lead the university to growth in enrollment, academics and physical size. Drown’s tenure saw the establishment of the department of zoology and biology, the development of the curriculum leading to a degree in arts and engineering, and the completion of Williams Hall. Drown Hall, currently the home of the English department and the Writing and Math Center, is named in his honor.

A combined curriculum leading to a degree in Arts and Engineering is announced.